by sherbetbizarre
From Second Sight Films in the UK- 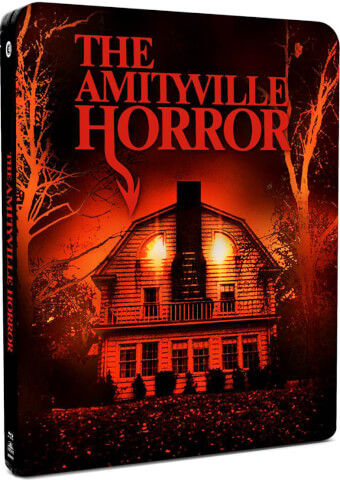 by Brendan72
Looks interesting although when in 2005 they released the original 1979 movie on DVD they had the History's Mysteries docos included as additional material. I actually watched those more than the movie itself! Okay I admit I only bought it for those two docos! So shoot me!

Other additional material such as James Brolin's interview was interesting on a curiosity level hearing their perspectives and memories of the experience with that project. Margot Kidder's was a little ostentatious to say the least but I think she is just misunderstood.

I rather suspect the actors are given a spiel to say to incorporate with their own recollections, and insinuate or hint that they really didn't believe the actual material's authenticity. It made me suspect at the time the studio was trying to rubbish George Lutz who they regarded as a threat to the remake's earning potential - like George alone was the main threat! Although the conspiracy theorist in me could be working overtime today.

I think I will give this one a miss. Sorry.
All times are UTC-07:00
Page 1 of 1
Powered by phpBB® Forum Software © phpBB Limited
https://www.phpbb.com/